India is home to some of the most ancient cultures on the planet. It is this diversity that distinguishes India as one of the most culturally rich places one can experience. This cultural diversity has granted India a heritage that is not only rich but also unique.

Indian weddings are the pole bearers when it comes to showing off this diversity. 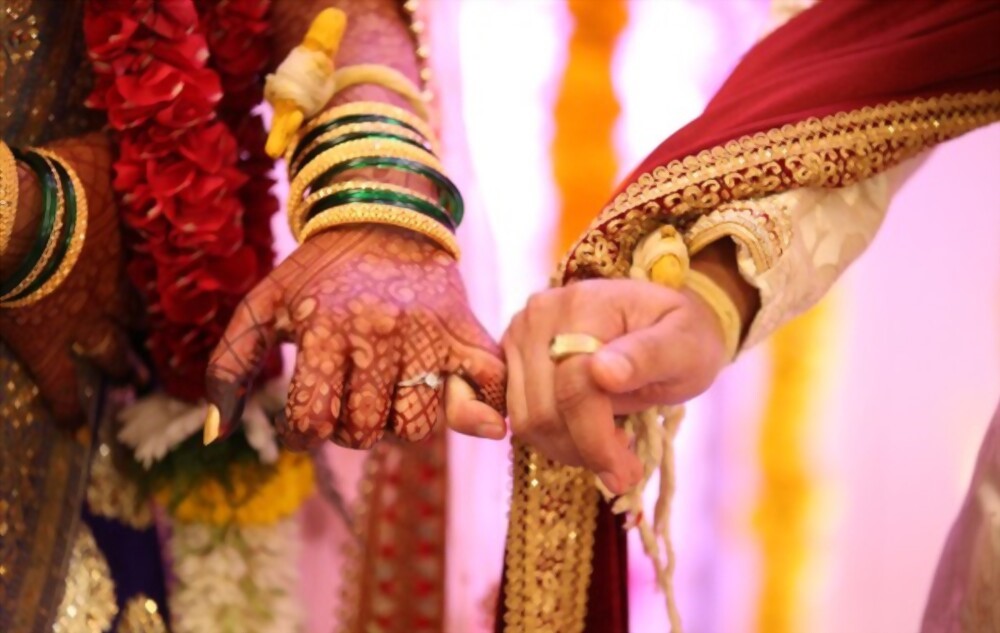 Indian wedding ceremonies are truly a unique affair, with each culture having its own take on how the ceremony ought to be conducted. In Marathi culture, the engagement ceremony which precedes marriage is known as Sakharpuda. It is an intimate celebration of the bond that the two families will share.

In this post, we will have a detailed look at the various proceedings in the Marathi Sakharpuda ceremony and the significance it holds in the overall Indian cultural landscape. Let’s get right to it.

Sakharpuda is a Marathi term that translates to “sugar basket” or “packet of sugar.” Wang Nischay, which means a verbal arrangement, is another term for Sakharpuda. Sakharpuda is essentially the Marathi equivalent of the engagement ceremony. During this ceremony, both the bride’s and groom’s families gather and exchange presents. This ceremony is more than just an exchange of engagement rings; rather, Sakharpuda instils a bond between two families. The Sakharpuda is thus held in very high regard in Marathi matrimony.

Sakharpuda denotes that the families on both sides have decided to allow their children to tie the knot. On this special day, some people throw a traditional Maharashtrian-style party which includes items like urma puri and shira-bhat.

After both the parties have agreed and “Wagdaan”, the bride’s father informs everyone that the wedding will be scheduled at a future date. In certain traditions, they prepare a “Lagna Patrika,” a formal pledge to hold the ritual at a later date.

Sugar, in this context, represents the start of a sweet beginning, and coconut is deemed auspicious. Following it, there is a ring ceremony where the couple exchanges their rings. Wedding invitations are traditionally printed only after Sakharpuda has concluded.

Sakharpuda boxes are cone-shaped that house sugar and are elegantly adorned with ribbons. Along with the Sakharpuda box, sweets, ring boxes, and flowers are also sometimes arranged. After the conclusion of the puja, both sides of the family gather and feed sugar to each other, commemorating the couple’s formal marriage agreement.

The Bride’s Attire in the Sakharpuda Ceremony

For Marathi Sakharpuda, brides usually adorn themselves with exquisite glass green bangles. They also purchase matching jewellery to go with the bangles, such as a Maang tikka, a Marathi Nath, and a pair of gold earrings and a necklace. The majority of brides-to-be wear sarees to their Sakharpuda ceremony.

Although some brides chose to wear their sarees in the conventional Marathi pattern, others do not. The sarees, which are usually Paithani, are mainly made of silk and have vivid, glossy, and thick golden borders.

Now that we are familiar with the intricacies of the Marathi Sakhrapuda Ceremony, here is the step-by-step walkthrough of the entire Sakharpuda Ceremony:

The Maharashtrian culture is perhaps one of the richest and most diverse in all of India. Each ritual performed during the wedding ceremony has a specific purpose and importance. You must thoroughly investigate those rituals from their origins if you want to ascertain their significance in these ceremonies. These exquisite rituals foster mutual respect and affection between the two families. In most cases, the wedding cards are printed immediately after this ceremony. It is regarded as a favourable symbol or the sign of a good omen.